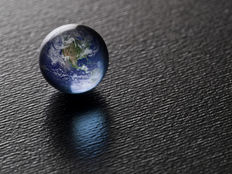 Making A Pentagon Push For The Rare Earths ETF

The VanEck Vectors Rare Earth/Strategic Metals ETF (REMX C), which is comprised of global companies involved in producing refining and recycling rare earth and strategic metals and minerals, lost ground last week, but the fund may be poised to get a lift from Uncle Sam.

To reduce dependence on Chinese imports of rare earths, the Defense Department is considering stockpiling the minerals for certain weapons of war.

“The US military plans to stockpile rare earth magnets used in Javelin missiles and F-35 fighter jets, according to a government document seen by Reuters, a step that critics say does little to help create a domestic industry to build specialized magnets now made almost exclusively in Asia.”

“The Pentagon is seeking proposals to cache a rotating six-month supply of neodymium iron boron (NdFeB) magnets, a type of rare earth magnet essential to weapons manufacturing, according to the document, detailing the latest attempt to weaken China’s control over the rare earths sector,” reports Reuters.

China is the world’s dominant supplier of rare earths, controlling more than 85% of the market, allowing it set quotas throughout the year that affect prices and supply.

“Reuters reported last week that the Pentagon is funding construction of rare earths processing facilities,” reports the news agency. “But after rare earths are processed, they must be turned into magnets, otherwise they are of little value to electronics and weapons manufacturers.”