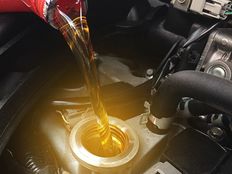 Rising oil prices have lifted the VanEck Vectors Oil Services ETF (OIH B+) to a December gain of nearly 13% and some prudence when it comes to capital expenditures by oil services providers could be another assist for the ETF in 2020.

OIH seeks to replicate as closely as possible the price and yield performance of the MVIS® US Listed Oil Services 25 Index. The index includes common stocks and depositary receipts of U.S. exchange-listed companies in the oil services sector. Such companies may include small- and medium-capitalization companies and foreign companies that are listed on a U.S. exchange.

“There may be light at the end of the tunnel for underperforming oil stocks as we head into 2020,” reports 740 KTRH News Radio. “Investment firms are touting oil-services companies as the break out stocks next year. One expert insists a rebound in U.S. shale exploration in the second half of 2020 should help companies that service the big energy names.”

The expected global supply glut is also the latest threat to the Organization of the Petroleum Exporting Countries and other producers, which have already enacted production caps in an attempt to stabilize prices and balance the market. Predictably, geopolitical headwinds factor into the oil equation. Fortunately, more supply cuts could be in the offing. Schlumberger’s international exposure could help that OIH component rebound.

“As we start using that supply, that also starts freeing up a dollar amount the energy will run at,” says Kym Bolado, host of “In the Oil Patch” radio show. “We see a slowdown in shale production right now, which will have an outcome on the global market in the future.”

Recent inventories data have been supportive of oil upside. Additionally, the commodity and the energy sector are close to entering their historically favorable seasonal period, which could be more good news for the resurgent OIH.