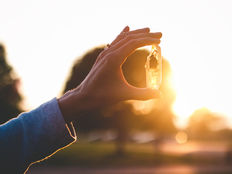 The VanEck Vectors Rare Earth/Strategic Metals ETF (REMX C), which is comprised of global companies involved in producing refining and recycling rare earth and strategic metals and minerals, traded slightly lower last Friday, but the ETF’s performance can be seen as decent against the backdrop of higher quotas out of China.

Even with those headlines, REMX, the first and only ETF dedicated to rare earths, surged nearly 6% last week.

“China lifted its annual rare earth output quotas on Friday by 10% to record-high levels for 2019, potentially easing fears the world’s dominant producer of the group of 17 prized minerals will restrict supply,” reports Reuters.

For its part, REMX has recently displayed some momentum, rallying more than 11% off its 52-week low notched in September. China controls about 85% of the global supply of rare earth minerals.

“The full-year rare earth mining quota has been set at 132,000 tonnes for 2019 and the smelting and separation quota at 127,000 tonnes, the Ministry of Industry and Information Technology said in a statement,” according to Reuters.

Related: How to Add Yield to Muni Bond Investments

This is the second consecutive year in which China has hiked rare earths quotas.

“China typically issues the rare earth quotas twice a year for six-month periods. In March, the first-half quotas were set at 60,000 tonnes for mining and 57,500 tonnes for smelting and separation,” according to Reuters.