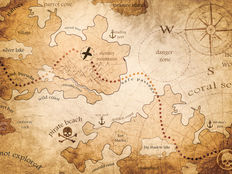 See How ‘X’ Marks The Spot For XLE

Energy was the worst-performing sector in January and the only to finish lower, saddling the Energy Select Sector SPDR Fund (XLE A) and other energy ETFs with bad starts to 2020. However, there are incremental signs that XLE could be ready to rebound.

While the short-term uncertainty has crimped the sector, energy stocks have been suffering under a long-term trend of sliding oil prices since 2014. Even as crude oil prices gained ground, rising costs still reduced energy sector profits. Yet, some market observers believe the energy sector could be poised for a rebound, but XLE does have some work to do.

“XLE currently sits in bear market territory and is nursing an 11% loss from January, the worst of the 11 sectors on the SPX. Given the energy sector’s symbiotic relation to oil prices, both have suffered amid the outbreak of coronavirus in China,” according to Schaeffer’s Investment Research.

“Going forward, there are a few areas to keep an eye on when trying to pinpoint potential support and resistance. XLE is currently trading near $54, a region that’s home to its late-2018-through-2019 lows,” notes Schaeffer’s. “And below here, the $49 area coincides with its 2010 lows, which is roughly half its 2014 high near $98. In other words, if that late ’18-’19 range is breached there could be another round of support waiting in the wings to catch the damage. The overhead $56.10 area is also important as it caught two pullbacks last November and is 50% above the ETF’s 2009 low.”

On valuation, energy is one of the least expensive sectors in the U.S. Whether or not investors will take that bait remains to be seen. Plus, XLE has technical hurdles to deal with.

“XLE broke below this short-term support late last month around Jan. 27, when the coronavirus fears first started to impact global economic growth,” according to Schaeffer’s. “But the significant downside really started at the turn of 2020, with XLE’s 320-day moving average swiftly rejecting a rally. Should this slide become exacerbated, here are a few more numbers to consider; the $38.50 area is in the vicinity of XLE’s aforementioned 2009 lows, which is roughly half of the $77 level and is home to the ETF’s 2018 highs.”