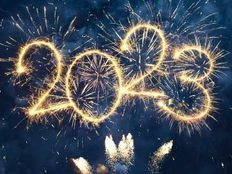 With 2022 drawing to a close, there’s a growing course of market observers forecasting big things for small-cap stocks in 2023. More nuanced small-cap strategies could prove rewarding in the new year.

Enter the VanEck Morningstar SMID Moat ETF (SMOT ). SMOT, which debuted in October, is the newest addition to VanEck’s extensive lineup of wide moat exchange traded funds and confirms to investors that the benefits of wide moat investing are not confined to large-cap equities.

SMOT could be worth considering not only because small- and mid-cap stocks outperformed larger peers this year, but also because valuations on higher growth smaller stocks are attractive owing in part to broader market weakness this year.

“As Barron’s recently explored in the article, Small-Cap Stocks Are Set for Big Gains, valuations for small- and mid-cap companies are extremely low relative to large caps. In fact, the last time the relative price to earnings for small-caps versus large caps was this low was the ‘Dotcom Bubble’ of the early 2000s. Pair this extreme valuation discount with eventual brighter days in terms of macro backdrop, and we believe small- and mid-cap (SMID-cap) stocks may prove to be rewarding for patient investors,” notes VanEck research.

SMOT follows the Morningstar US Small-Mid Cap Moat Focus Index and holds 95 stocks, or roughly 9.5% of the S&P MidCap 400 and S&P SmallCap 600 indexes, confirming that finding credible wide moat names among small companies is often easier said than done. That speaks to the advantage of tapping SMOT rather than stock selection.

Another potential benefit of the SMOT approach is that there could be occasions when the ETF’s lineup is home to some hidden gems, plenty of which reside in mid- and small-cap territory.

“The average small- and mid-cap stock has fewer than eight analysts covering and writing research or recommendations on it, and about one-fifth of these companies have no more than three analysts covering them (the average large-cap company has roughly 21 analysts covering it). This lack of analyst coverage results in a potentially greater dispersion between stock prices and fair value that can prove rewarding for investors,” add VanEck.

Adding to the allure of SMOT in an environment where markets are clearing emphasizing quality is the point that many wide moat companies also fit the bill as quality firms. As VanEck points out, just 13% of the components in SMOT’s underlying index have negative earnings compared to 30% for the widely followed Russell 2000 Index.