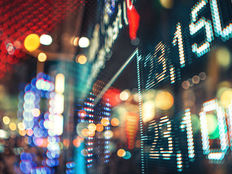 State Street Corp. (STT), the third-largest U.S. issuer of exchange traded funds, said it has changed names and tickers for six of its ETFs backed by Kensho indexes. The changes went into effect in late June.

The SPDR Kensho New Economies Composite ETF (KOMP) has added “composite” to its name and retains the ticker “KOMP.”

KOMP follows an “index utilizing artificial intelligence and a quantitative weighting methodology to pursue the potential of a new economy fueled by innovative companies disrupting traditional industries by leveraging advancements in exponential processing power, artificial intelligence, robotics, and automation,” according to State Street.

The Kensho Smart Mobility ETF includes companies whose products and services are engaged in smart transportation, which includes the areas of autonomous and connected vehicle technology, drones and drone technologies used for commercial and civilian applications, and advanced transportation tracking and transport optimization systems.

ROKT targets the Kensho Final Frontiers Index, which uses “artificial intelligence and a quantitative weighting methodology to capture companies whose products and services are driving innovation behind the exploration of the final frontiers, which includes the areas of outer space and the deep sea,” according to State Street.

CNRG seeks to provide exposure to the clean power industry both in terms of generation and the underlying technology driving it. Alternative energy sources are an increasingly important part of the power generation conversation.

For more information on the ETF investing strategies, visit our Tactical Allocation Channel.