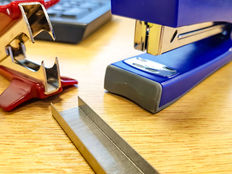 Staples ETFs Are Hot, But Large Holdings Are Pricey

The Consumer Staples Select Sector SPDR Fund (XLP A), the largest consumer staples ETF, and rival staples ETF are soaring this year as investors embrace defensive sectors. For its part, XLP is higher by almost 20%.

Consumer staples are the products that people use frequently and occupy a significant chunk of the average household’s budget. The sector provides the goods that shoppers typically consume on a weekly or even daily basis, and many will continue to purchase these products even during a recession.

As marquee XLP components, such as Coca-Cola (KO), Procter & Gamble Co. (PG) and Walmart (WMT) have all been trading at or near all-time highs, some market observers have grown concerned the consumer staples sector is becoming richly valued.

“With these stocks trading at 15-year peak valuations, Gajrawala wrote that he is neutral to negative on the space, and is concerned that investors are overlooking necessary investments at some companies, like Pepsi and Coke, that could require ‘years-long spending,’” reports Teresa Rivas for Barron’s.

Investors typically shift into consumer staples during bouts of market volatility because of the sector’s relatively generous dividend payouts and the slow-and-steady nature of the consumer staples business – consumers usually continue purchase basic products that staples firms sell regardless of market or economic conditions.

“Organic-sales growth has been a big driver for consumer-staples stocks in recent years, but Gajrawala said he sees risks to the shares on this count,” according to Barron’s. “The strength of the U.S. dollar is a headwind, as is the fact that organic-revenue improvement in the first half of the year was largely driven by changes to pricing and mix made in the fall of 2018, setting up difficult comparisons in the second half of the year.”