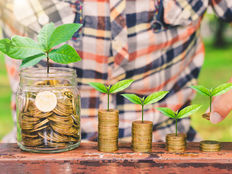 It’s been nearly two years since Vanguard moves into the environmental, social, and governance (ESG) ETFs arena with two products, one of which is the Vanguard ESG International Stock ETF (VSGX).

The domestic counterpart to VSGX is the Vanguard ESG U.S. Stock ETF (ESGV). As is being widely documented, ESG ETFs are garnering more assets and attention in 2020. However, international stocks remain well off the pace set by their domestic rivals. That said, ESG strategies, such as VSGX, can provide investors with better mousetraps to consider ex-US equities.

“These exclusions cause the portfolio to deviate from its parent universe in a few ways. As of March 2020, it excluded about 30% of the stocks (by count) from its parent universe,” said Morningstar analyst Daniel Sotiroff in a recent note. “It has consistently underweighted stocks from the energy sector because of their direct involvement with fossil fuels.”

Like so many Vanguard funds, VSGX fits the bill as inexpensive. It charges 0.17% per year, or $17 on a $10,000 investment, which is favorable relative to the broader universe of international equity ESG funds.

“This is a relatively new fund, so it has a limited track record. During its short life, its lower allocation to energy stocks helped it outperform many of its competitors,” writes Sotiroff. “It beat a typical peer in the foreign large-blend Morningstar Category by 1.7 percentage points annually from its launch in September 2018 through March 2020. The fund’s low 0.17% expense ratio should provide a long-term edge.”

Although there are qualifiers for entry to VSGX’s roster, the fund still holds more than 4,100 stocks hailing from more than 40 countries. A quarter of VGSX’s geographic is emerging markets while two-thirds is developed Europe and Asia-Pacific.

VGSX “requires companies have two of the following three items in place: diversity policies, a diversity management system, or at least one female on the board,” according to Morningstar. “The index does not screen for other governance-related characteristics, like board member independence.”