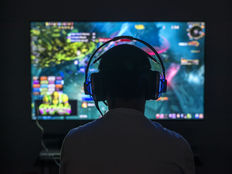 After taking a bashing toward the end of 2018, Take-Two Interactive (TTWO) stock has floated higher in the first half of this year. Investors have been emboldened by the company’s core franchises, classic video games like Grand Theft Auto and NBA 2K, which are keeping players engaged in a crowded space for gaming entertainment.

Take-Two reported a stellar 55% increase in recurrent consumer spending on a non-GAAP basis, which was more than twice the growth that its management team expected. The company is now in place to have a robust year given the new content and games it plans to release later this year.

While net bookings will be down this year by about $0.3 Billion, CEO Strauss Zelnick likes where the company is headed over the long term.

“Take-Two has the strongest development pipeline in its history, including sequels from our biggest franchises as well as exciting new IP. We are exceedingly well positioned to capitalize on the positive trends in our industry, and to generate significant growth and margin expansion over the long-term,” Zelnick said.

CEO Zelnick was in the news this week as well, when he said Monday that it’s not right to blame gun violence in the United States on entertainment, pushing back against President Donald Trump’s suggestion that “gruesome and grisly video games” played a factor in recent mass shootings in the country.

“The truth is it’s disrespectful to the victims and the families to point the finger at entertainment,” Zelnick said in an interview with “Mad Money’s” Jim Cramer. “Entertainment is part of people’s daily joy and it’s consumed worldwide and it’s the same worldwide [that]gun violence is uniquely American and that has to change, and that will only change if we address the real issues.”

There is no evidence to back the claim that games are causing mass shootings, CNBC reported.

Meanwhile, investors looking for ETFs that will give them the chance to play Take-Two stock can look at the VanEck Vectors Video Gaming and eSports ETF (ESPO), the Invesco S&P 500 Equal Weight Communication Services ETF (EWCO), or the Roundhill BITKRAFT Esports & Digital Entertainment ETF (NERD).