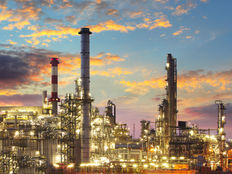 These Stocks Bring Higher Power To The Refiners ETF

The VanEck Vectors Oil Refiners ETF (CRAK ) is up almost 10% this year, a solid performance relative to other energy ETFs. CRAK can build on those gains if some of its marquee components meet or exceed Wall Street expectations.

Discounted crude could help oil refiners, like Phillips 66 and HollyFrontier Corp., that capitalized on the difference between their cheap input costs and higher-end prices for refined goods like gasoline and diesel.

In Need of Demand and Stability

Marathon Petroleum (MPC), CRAK’s third-largest component at a weight of 7.57%, is another name that could boost the ETF.

“While investors we spoke with viewed the news of Marathon’s decision to spin off the Speedway business positively, we would see the completion of the proposed spin as another potential positive catalyst given current premium multiple levels for other retail assets in the market,” said Goldman’s Mehta.

Valero (VLO) is another name that could contribute to the CRAK bull case. That refiner is the fund’s fourth-largest holding at almost 7%.

“Valero has deep expertise in processing heavy crude oil and turning it into lighter-fuel products and should profit as demand rises for low-sulfur fuel and refining spreads change. Valero is up 22% in the past three months, but Mehta sees it rising more,” reports Barron’s.