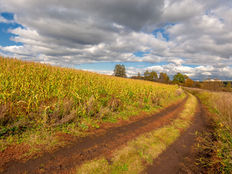 This High-Yield ETF Rises After Fall of Triple B's

The VanEck Vectors Fallen Angel High Yield Bond ETF (ANGL A-) is higher by more than 20% in the current quarter, indicating the largest fallen angel ETF isn’t being hamstrung by an influx of new entrants.

ANGL seeks to replicate as closely as possible the price and yield performance of the ICE BofAML US Fallen Angel High Yield Index. The index is comprised of below investment grade corporate bonds denominated in U.S. dollars that were rated investment grade at the time of issuance. Due to the aforementioned spate of downgrades, the fallen angel universe is increasing in exponential fashion.

A recent spate of downgrades from the fragile BBB-rated corporate bond space is leading to an expanded population in the fallen angel universe.

“Prior to the recent market turmoil due to COVID-19, the rapid increase of BBB bonds had already raised concerns among investors that the high-yield bond market might have difficulty absorbing a wave of potential downgrades with a credit market correction,” said S&P Dow Jones Indices in a recent note.

It's Not All Bad

“The share of BBB bonds that were downgraded to below an investment-grade rating has been on the rise since 2019,” according to S&P Dow Jones. “As of June 16, 2020, 5.2% of the S&P U.S. High Yield Corporate Bond Index came from the S&P U.S. Investment Grade Corporate Bond BBB Index as of the end of 2019, the highest since 2009 and 2016. These fallen angel bonds from the BBB rating alone have added USD 88 billion of supply to the high-yield bond universe so far this year.”

One point that’s often overlooked in downgrade hysteria is that many previously BBB-rated names entering junk territory aren’t going deep into that arena, meaning ANGL’s credit quality is actually improving with the addition of some of these bonds.

“A slow economic recovery combined with plunging oil prices should keep the pressure on credit quality and rating downgrades. Rating downgrades in BBB bonds particularly could contribute meaningfully to the supply of high-yield bonds and need to be closely monitored,” notes S&P Dow Jones.