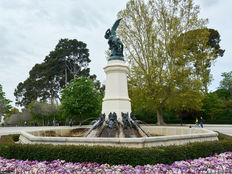 VanEck Looking At Largest Amount of Fallen Angels Yet

As times have changed, VanEck Global persists, with news concerning the markets and individual strategies. The biggest news on the fixed income side, however, concerns the news concerning market growth and uncertainty in the realm of fallen angels over the past month.

ETF Trends spoke with William Sokol, VanEck’s Senior ETF Product Manager, about the impact the Coronavirus, low oil prices, among other areas, have had lately, resulting in the resetting of expectations among investors for downgrades in 2020. Fallen angles, in particular, have had to deal with a lot of this.

That’s a concern for investment-grade bond investors holding onto those names heading towards junk status. Having said that, Sokol explains how, based on what’s happened in the past, from a fallen angel perspective, if investors are buying up the bonds that tend to be oversold, on average, there is a benefit from that recovery price.

“What we’ve seen historically is that a big increase in downgrade volume and in fallen angels has coincided with very strong returns in the fallen angel space, and outperformance versus broad high yield,” Sokol notes.

He goes on to explain how VanEck has done its own study to see the different scenarios and forecast what to expect to see this year. As of now, Sokol states that there’s an expectancy to see around $250-$300 billion in new fallen angels. This would make 2020, by far, the largest in history since the index was launched.

A Rise For Fallen Angels

Before this year, there was 2005, where there was around $100 billion in fallen angels. As of now, this year has already cleared that point. Looking at what has come into the index, and what’s expected to come in this month is currently sitting at around $90 billion.

This includes some large names such as Kraft, Ford, and Delta Airlines. These are big names coming into the high yield market, and Sokol expects this to continue for the next 6-12 months.

As far as how this stacks up, usually, Sokol states how this depends on the credit environment that investors are in. “For the last few years,” Sokol explains, “There hasn’t been a lot of fallen angels, but when you see this change in the economy and given the downgrade of growth expectations, let alone an actual slowdown in growth, that’s when you start to see all of the downgrades.”

Focusing on just that segment, it’s a vast universe of potential names that are very close to high yield. Within that, not everything will be downgraded, but the fact that there’s such a big universe of these names, along with slower growth and lower oil prices, that’s going to drive the massive increase in fallen angels this year, compared to years past.

In terms of how long this could last, in terms of the downgrades, at least, it depends. As Sokol states, there could be some upgrades to potential rising stars. However, rating agencies are taking a longer-term view, which won’t necessarily help in seeing a lot of the fallen angels returning to investment-grade right away, regardless of what takes place in say a year from now.

Investors looking to invest in the space can look to the VanEck Vectors Fallen Angel High Yield Bond ETF (ANGL A-).