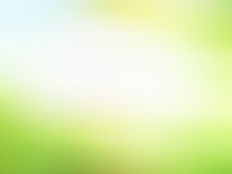 “The index is intended to track the overall performance of low carbon energy companies which are those companies primarily engaged in alternative energy which includes power derived principally from bio-fuels (such as ethanol), wind, solar, hydro and geothermal sources and also includes the various technologies that support the production, use and storage of these sources,” according to VanEck.

One of the qualifiers for admission to SMOG is that “global companies must derive at least 50% of total revenues from low carbon energy (i.e., alternative energy) to be added to the Index,” notes VanEck.

Earlier this month, shares of Tesla rallied after the electric automaker reported record production and delivery numbers during the second quarter, earning praise from market analysts and automotive executives alike.

“As climate change and its potential solutions have become more present in our global discourse, the language used by those within the energy sector, as well as those investing in it, has changed and evolved,” said VanEck’s Ed Lopez in a statement. “What used to be referred to as ‘alternative energy’ is now more commonly referred to as ‘green,’ ‘clean’ or ‘renewable,’ and numerous large public companies in the energy space have acquiesced to investor demands to set more stringent, low carbon, emission standards.”

SMOG holds 30 stocks, about half of which are industrial names. Technology is the fund’s second-largest sector weight at 27.1%.