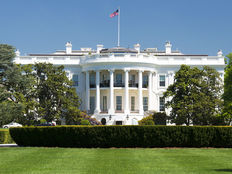 The decision to keep rates steady last week was widely anticipated by the capital markets as the central bank elected to keep rates unchanged, holding its policy rate in a range between 2.25 percent and 2.5 percent. In addition, the central bank made mention of no more rate hikes for the rest of 2019 after initially forecasting two.

“The U.S. economy is in a good place,” said Federal Reserve Chairman Jerome Powell. “We will continue to use our monetary policy tools to help keep it there. The jobs market is strong, showing healthier wage gains and prompting many people to join or remain in the workforce. The unemployment rate is near historic lows and inflation remains near our 2 percent goal.”

However, to President Trump, being in a “good” place is not good enough.

“I am echoing the president’s view – he’s not been bashful about that view – he would also like the Fed to cease shrinking its balance sheet. And I concur with that view,” Kudlow said to CNBC on Friday.

“Looking at some of the indicators — I mean the economy looks fundamentally quite healthy, we just don’t want that threat,” Kudlow added. “There’s no inflation out there, so I think the Fed’s actions were probably overdone.”

Kudlow’s comments come as the latest market jitters are now stemming from an inverted yield curve. The short-term 3-month and longer-term 10-year yield curve inversion has been the prime focus the past week–an event that hasn’t been seen since 2007–just ahead of the financial crisis.

As high level negotiations take place during the U.S. and China on a permanent trade deal, the markets are already fretting on a global economic slowdown. U.S. equities are gaining at a strong pace to start 2019, but there are worries circulating that the recent gains are due to markets already pricing in a trade deal.

“Globally, there’s a lot of weakness out there. Europe — euro zone virtually in a recession. China: very, very, very soft as we negotiate on trade,” Kudlow continued. “In the absence of inflation, with some of these global threats, our view is at some point … I wouldn’t mind seeing the Fed drop their target rate.”