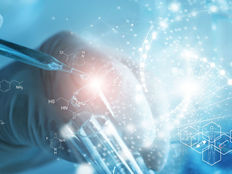 “n the weekly period ending Wednesday, a group of health care/biotech funds tracked by Lipper/AMG Data Services saw $184 million in outflows, according to a note Thursday from Piper Jaffray analyst Christopher Raymond, continuing a trend that has been going on for months,” reports Josh Nathan-Kazis for Barron’s.

Waiting For Investors To Return

“This is the 12th week of outflows in the past 14 weeks for the sector during which time net outflows have totaled ~$3.5B,” said Piper Jaffray’s Raymond, according to Barron’s.

“The outflows this past week reflected a decrease in the assets of the group of funds by 0.2%. Raymond wrote that a sample of nonspecialized funds saw outflows of 0.04% during the same period,” according to Barron’s.

Investors have pulled $1.34 billion from IBB this year.