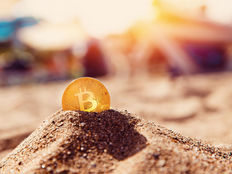 Bitwise Asset Management’s Bitcoin ETF was disapproved on Wednesday, but Bitwise remains optimistic that the remaining concerns and challenges raised in the Security and Exchange Commission’s order will ultimately be satisfied.

“We deeply appreciate the SEC’s careful review,” Hougan said. “The detailed feedback they have provided in the Order provides critical context and a clear pathway for ETF applicants to continue moving forward on efforts to list a bitcoin ETF.”

Hougan said they look forward to continuing to productively engage with the SEC to resolve their remaining concerns, and intend to re-file as soon as appropriate.

“Historically, the approval of novel exchange-traded products that open up new asset classes has required multiple years of regulatory engagement,” Hougan said. “What matters is continued progress and the investment of time from regulators, and that’s what we see here.”

Since the initial filing of Bitwise’s S-1 for the Bitwise Bitcoin ETF Trust on January 9, 2019, they have engaged in a deep analysis of and response to the critical questions the SEC has raised regarding our application, NYSE Arca’s proposed rule change and the nature of the bitcoin market in general.

This has included multiple in-person meetings with the Staff of the SEC, including with representatives from the divisions of Trading & Markets, Investment Management, Corporate Finance, Enforcement and the Offices of multiple SEC Commissioners.

The submission by Bitwise of 561 pages of supporting research, including work on the separation of real and fake volume in the crypto markets, a detailed analysis of the Winklevoss Order, an examination of the rapid growth and importance of the CME bitcoin futures market, and more.

In addition, Bitwise said the bitcoin market itself has evolved in important and positive ways in recent years. This important progress includes:

While Bitwise were not able to satisfy the SEC’s concerns inside the statutory 240-day review window afforded these filings, and while they have identified the need for additional data and context to interpret our key findings, Bitwise said they were pleased with the progress that the industry has made and believe that, with additional research and continued progress in the broader ecosystem, the remaining concerns and challenges raised in this order will ultimately be satisfied.