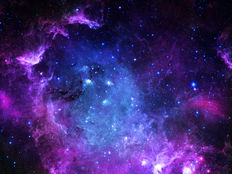 Virgin Galactic Holdings is having itself a nice week as the stock soared past its 50- and 200-day moving average. This, in turn, is benefiting exchange-traded funds (ETFs) with the highest holdings of the stock—namely space-focused funds.

The aerospace company already started the week off to the upside, which saw space ETF investors cheering in the process, especially the ones with the heaviest capital allocations to Virgin Galactic.

“Exchange-traded funds holding shares of Virgin Galactic Holdings Inc. took flight Monday as the stock price soared 20% after positive analyst coverage, on track for its best day since April 14,” a MarketWatch report noted. "The Procure Space ETF with 5.2% of its portfolio in the stock, was up 3.1% in the late morning, while the SPDR S&P Aerospace & Defense ETF, which has a 4.3% share, also gained 3.1%. The SPDR S&P Kensho Final Frontiers ETF, which has 4.7% in the company, had not traded Monday morning.

“We see SPCE as an innovator of space technology with a truly unique offering that will allow civilians and professionals alike to access space for entertainment and research purposes,” wrote SIG analysts, according to the report.

Investors sensing an ETF opportunity can start with the Procure Space ETF (UFO)—one of the funds mentioned in the MarketWatch article. The fund is the world’s first global ETF to give investors pure-play access to the expanding space industry.

Approximately 80 percent of companies in the index derive the majority of revenues directly from their involvement in the space industry, enabling investors to potentially capture this growing segment of the global economy. The Commerce Department is already throwing its support behind the American space industry with ambitious goals for regulatory reform and promotional efforts.

Another fund mentioned was the SPDR Kensho Final Frontiers ETF (ROKT). ROKT seeks to provide investment results that correspond generally to the total return performance of the S&P Kensho Final Frontiers Index. The index is designed to capture companies whose products and services are driving innovation behind the exploration of deep space and deep sea. The fund may invest in equity securities that are not included in the index, cash and cash equivalents or money market instruments.