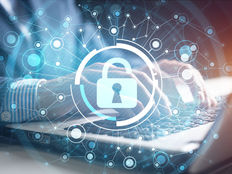 ETF Trends CEO Tom Lydon discussed the Global X Cybersecurity ETF (BUG B+) on this week’s “ETF of the Week” podcast with Chuck Jaffe on the MoneyLife Show.

BUG seeks to invest in companies that stand to potentially benefit from the increased adoption of cybersecurity technology, such as those whose principal business is in the development and management of security protocols preventing intrusion and attacks to systems, networks, applications, computers, and mobile devices.

Cybersecurity stocks have been rallying after a high-level attack on broad U.S. federal systems. With that in mind, BUG has been up 17% for a 1-week return; +32.0% for its 1-month return; and +75% YTD.

So what about the massive cyber hack? Suspected Russian hackers broke into systems of a U.S. internet provider as part of a cyber-espionage campaign. The security breach, which hijacked network management software made by SolarWinds Corp to access a wide range of U.S. government agencies, is one of the biggest ever uncovered.

The saga began when SolarWinds disclosed its unwitting role at the center of the global hack and warned that up to 18,000 users of its Orion software downloaded a compromised update with malicious code planted by attackers. At least 200 organizations, including some cabinet-level departments, were compromised.

The hackers are believed to have gleaned information on the U.S. departments of Defense, State, and Homeland Security, along with less high-profile organizations, such as Cox Communications and the local government in Pima County, Arizona. Preliminary findings suggest that no classified information was compromised. The full extent of the damage will not be known for months, if not years.

It is suspected to be part of a broader cyber espionage campaign that could have been going on for years. The attack has highlighted the need to strengthen our cyber defenses, and spending on these products and services is likely to increase significantly.

This cyber-attack highlights the need for increased cybersecurity. The breach is likely to lead to elevated spending on security—a powerful and long-term demand tailwind for the sector.

The hack may be the tipping point that helps drive changes in governmental policies, compliance, and business responses, elevating cybersecurity to a societal level risk. This results in increased investment levels as government funding, compliance measures, and security investments become a larger focal point over a longer time.

Cybersecurity has already been under the spotlight as the Coronavirus pushes more to work at home. The increased shift to work-at-home could fuel demand for personal cybersecurity and network security.

Increased digital working exposure has made many companies (and their remote employees) more susceptible to cyberattacks. As more businesses look to make the internet of things the core of their revenue generation models, it leaves systems more prone to hackers if the right cybersecurity measures aren’t in place.

Listen to the full podcast episode on the BUG ETF: