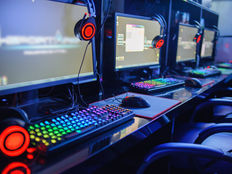 VanEck Video Gaming and Esports ETF (ESPO) is approaching its one-year anniversary and is doing so with some superlatives on its side. The ETF has $38.1 million in assets under management, a solid start for a thematic fund. More importantly, ESPO is up about 30% year-to-date.

ESPO “provides targeted access to the largest companies involved in developing and publishing video games, esports, and related hardware,” said VanEck in a recent note. “The resulting portfolio is global, with heavy representation from the U.S. and Asia. Some of the names in the portfolio are more well-known than others. Most investors are probably already somewhat familiar with Tencent, Nvidia, and Nintendo. Here are a few other names that might be flying under the radar.”

ESPO is a global ETF, but its geographic exposure is heavily allocated to Asian and U.S. companies. The U.S., Japan, and China combine for nearly 78% of the fund’s geographic weight, according to issuer data.

Shares of Farmville maker Zynga are up 45% this year, providing a boost to ESPO.

“Zynga is focused heavily on social video game services that are tied directly to consumer’s social media accounts; Zynga’s popular poker game was the first game that Facebook introduced on its social networking platform,” according to VanEck. “In its most recent earnings report in August, Zynga stated it was on track to post its best yearly sales since 2012, raising its sales outlook for the full year to $1.24 billion.”