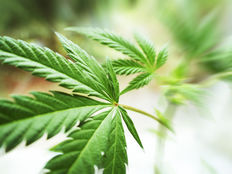 For the Bold, Opportunity Holds With Cannabis ETFs

Volatility remains the order of the day in the cannabis space, but as some of the sector’s pretenders become exposed, so do the group’s stronger names, a scenario that could bode well for marijuana ETFs going forward.

Marijuana ETFs, including the ETFMG Alternative Harvest ETF (MJ)  and the Amplify Seymour Cannabis ETF (CNBS), have recently faced a slew of headwinds due to pressure on stocks, such as Aurora Cannabis (ACB). ACB shares faltered last month after the company announced the co-founder and CEO will exit from the company, along with major job cuts, new impairment charges and guidance of more losses ahead.

It’s unlikely the federal government in the U.S. reverses its treatment of marijuana crimes anytime, but many industry supporters point to state-by-state liberalization of cannabis as a potential boon for the industry,

However, critics may assert that in California, the largest U.S. state and a major grower of cannabis, legal recreational weed is not bolstering state coffers because of higher prices. Legal dispensaries in California typically charge high prices due to taxes required by the state. Those high taxes often prompt consumers to buy from illegal dealers, meaning California’s illicit marijuana market is still massive.

The legalized cannabis industry is also a nascent business with huge opportunities. New Frontier Data estimated that the consumer market value was nearly $344 billion in 2018, with Asia making up over half of that. There were also 263 million cannabis users globally over the past year. Although the data are compelling, patience is a virtue when comes to this space and ETFs like CNBS and MJ.

“ETF cannabis investors will need to show similar patience, and there are signs they are doing so,” reports MJ Biz Daily. “Even though ETFMG Alternative Harvest has dropped about half its value in a year, for example, the investor base in the $725 million fund has increased significantly, a good sign for industry demand in general.”