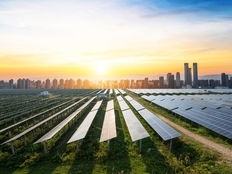 Getting Income With Renewable Energy Investments

Finding dividends in the renewable energy space is difficult and many of the ETFs in this arena have low or no yields. The Global X YieldCo Index ETF YLCO offers investors a refreshed look at the combination of alternative energy investing and income.

YieldCos are income-generating assets from the renewable energy space that look to deliver steady income to investors. Spun off as fully developed assets from parent companies, such as solar firms and wind farm operators, YieldCos are comparable to master limited partnerships (MLPs), an asset class that has been widely embraced by income investors in recent years.

YLCO, which yields 2.88%, follows the Indxx YieldCo & Renewable Energy Income Index. The fund debuted in May 2015.

“By design, YieldCos have significantly lower risk profiles than their parent companies, as they typically contain only stable energy producing assets with predictable cash flows, and are not involved in the riskier business of bringing new projects online. Additionally, their primary focus is on distributing available cash flows to shareholders, rather than reinvesting in new technologies or building new projects,” according to Global X.

While YLCO offers yield, it has also been responsive to the surge in renewable energy equities, surging 28.17% over the past year. Fifteen countries are represented in the fund with the U.S., Canada, Chile, and New Zealand combine for about 55% of the ETF’s geographic exposure.

Not only is clean energy consumption increasing, but costs are also decreasing, which in turn bolsters adoption. Additionally, coal production is slumping, adding to the virtuous cycle for alternative energy ETFs.