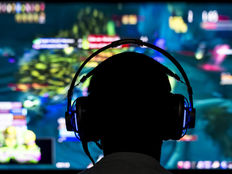 The new HERO “seeks to invest in companies that develop or publish video games, facilitate the streaming and distribution of video gaming or esports content, own and operate within competitive esports leagues, or produce hardware used in video games and esports, including augmented and virtual reality,” according to Global X.

HERO’s debut could prove to be a well-timed launch thanks to the rapid growth underpinning the video game investment thesis.

While growth estimates for e-sports are garnering plenty of attention, the global video game market is expected to expand at a rapid rate as well.

“The video games market will more than double to become a $300 bllion-plus industry by 2025, according to GlobalData, a leading data and analytics company. According to the company’s latest thematic report, ‘Video Games’, the market will grow from $131 billion in 2018 to $305 billion in 2025, at a compound annual growth rate (CAGR) of 13%.”

Importantly, the new HERO touches each of the four most important corners of the video game universe, giving investors a broad approach to a fast-growing theme.

“The video game and esports ecosystem consists of four main areas. Video game developers & publishers are primarily responsible for creating and marketing games,” according to Global X. “Hardware manufacturers create the systems and peripherals that enable users to play and stream games. Esports and streaming providers allow gamers to watch professional gamers in action. And, finally, operators and owners of leagues and teams act as any other sports team by managing live tournaments. While each part of the ecosystem should benefit from their overall growth in video games and esports, their business models can differ substantially.”