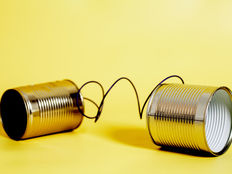 The communication services sector is now a year old and due in large part to some well-known components, the sector has been widely embraced by investors. For example, the Communication Services Select Sector SPDR Fund (XLC), the first and largest ETF targeting sector, today has $6.04 billion in assets under management.

XLC follows the Communication Services Select Sector Index and “seeks to provide precise exposure to companies from the media, retailing, and software & services industries in the U.S.,” according to State Street.

Last year, index providers MSCI and Standard & Poor’s announced the telecommunications sectors would be renamed communications services and would add companies from the consumer discretionary and technology sectors.

For example, Google parent Alphabet Inc. (GOOGL) and Facebook Inc. (FB) combine for almost 42% of XLC’s weight. In other words, traditional technology ETFs will no longer be home to Alphabet and Facebook. Likewise, traditional consumer discretionary ETFs will see Netflix, Inc. (NFLX) and Walt Disney Co. (DIS), among others, depart to the communication services sector.

While the sector has been more volatile than the broader market, it has doubled the S&P 500’s returns over the past 12 months.