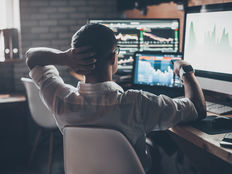 How A Premier Tech Theme Drives the IoT ETF

On the surface, it would appear that SNSR is another thematic ETF focused on a singular concept. In reality, by virtue of IoT doing the same, the Global X fund is a play on multiple disruptive, emerging technologies, including 5G, cloud computing, and cybersecurity.

“As the Internet of Things (IoT) brings millions of devices online, it creates vast opportunities for individuals and corporations, but it also introduces new types of risks and vulnerabilities,” said Global X analyst Pedro Palandrani in a recent note. “Each of these millions of devices presents new entry points for hackers, adding challenges and complexity to effectively manage security for firms and individuals. Successful IoT deployments will require multi-layered, end-to-end security that ranges from upfront baked-in security requirements to the ongoing management and protection of sensitive machine-generated data.”

Cybersecurity is vital to IoT’s success and SNSR provides an avenue for investors looking to capitalize on that important theme.

“"The Internet of Things is central":https://www.globalxetfs.com/iot-center-of-disruptive-technologies/ to many emerging technologies and themes, including autonomous vehicles, smart cities, smart factories, and health devices,” notes Palandrani. “But internet-enabled devices also create new targets for hackers who want to steal or ransom valuable private data. Today, 98% of all IoT device traffic is unencrypted, causing 57% of IoT devices to be highly vulnerable to cyberattacks, exposing personal and confidential data on a network.”

IoT’s reach includes well-known industries, such as healthcare, automotive and many more. SNSR features exposure to more than 10 industry groups.

“A one-size-fits-all cybersecurity solution doesn’t exist for the continued wave of connected devices,” according to Palandrani. “But the world’s leading cybersecurity firms and IoT manufacturers continue to evolve their strategies and leverage the latest technology to implement protective measures.”