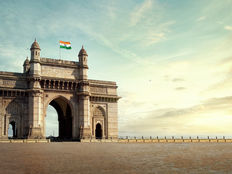 India stocks and the related ETFs started 2019 in sluggish fashion, but have recently gained some momentum. For example, the WisdomTree India Earnings ETF (EPI B+) is up just over 4% this year, but is on pace for a March gain of almost 10%.

Fueling optimism in the Indian markets, many looked to the potential re-election of Prime Minister Modi in the upcoming election season, Economic Times reports.

“When Prime Minister Narendra Modi got a clean and decisive mandate in 2014, there was a structural shift in the way India voted,” said WisdomTree in a recent note. “Unlike as in previous governments, this was the first time in three decades that a single political party got a clean mandate in India’s typically fractured, fragmented and coalition-based political system. So, expectations were sky high, and the Modi government did not disappoint. What India has achieved in last few years is truly staggering.”

What’s Next for India Investing

Looking ahead, the RBI’s interest rate decision will make liquidity cheaper, especially for banks focused on higher loan growth and asset purchase from non-bank finance companies. Sameer Kalra, president at Target Investing, argued that the sectors to benefit will include state-run and private banks. The easing will help support consumption demand as well.

Modi has been among the most reformed-minded Indian prime ministers in recent memory and those efforts could be starting to pay off for investors.

In recent years, India has been moving to “simplifying and unifying India’s complicated taxes under the Goods & Services Tax (GST). This subsumed over 17 tax line items on every purchase to just one national tax. It made the country a true unified economic zone,” according to WisdomTree.

India has also been “giving incentives to savers to deposit money in banks by providing free life insurance, bringing financial inclusivity to every individual in the country,” notes WisdomTree.

For more information on India’s markets, visit our India category.