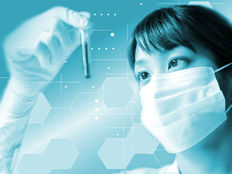 It May be to Time to Bank on Biotech ETFs

The iShares Nasdaq Biotechnology ETF (IBB B+), the largest biotech-related ETF by assets, closed lower last Friday, but for the week, the fund gained 2%. That could be a sign downtrodden biotech ETFs are poised to bounce back.

A 2% weekly gain for a biotech ETF is by no means, but all recoveries have to start somewhere. The biotech segment and broader healthcare sector have also underperformed the broader market as investors exited positions in response to growing discourse over policy proposals aimed at reducing drug prices in Washington. While some argued that impeachment talks might have drawn politicians’ attention away from the drug pricing issue, scrutiny is unlikely to relieve the pressure.

Biotech Stocks Due For Rapid Appreciation

“Morningstar’s analysis points to pharma and biotech as the most undervalued industries in the healthcare sector, in large part because of continued overhang from U.S. drug pricing reforms coming out of Washington,” said the research firm in a recent note.

Healthcare stocks are also showing attractive valuations relative to other defensive sectors, which are richly valued. Biotechnology historically trades at multiples that are elevated relative to broader benchmarks, but after last year’s of struggles for biotechnology names, some analysts see value with some big-name biotech stocks.

“IBB currently trades at 21x earnings. That’s a premium to the broader market, something biotechnology stocks usually sport, but by the fund’s historical standards, IBB actually looks attractive here,” according to Nasdaq.