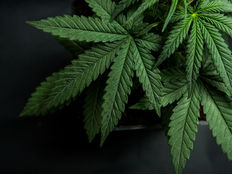 The ETFMG Alternative Harvest ETF (MJ), the only dedicated cannabis exchange traded fund (ETF) listed in the U.S., traded higher Tuesday following the release of a survey that indicates an increasing number of people favor legalization of marijuana.

MJ seeks to provide investment results that correspond generally to the total return performance of the Prime Alternative Harvest Index. The index is concentrated in the pharmaceuticals and tobacco industries and tracks the performance of the exchange-listed common stock of companies across the globe. Tuesday’s gain for MJ temporarily halted the fund’s recent slide, which had sent the once high-flying ETF lower by 9% over the past month.

“The General Social Survey conducted by NORC at the University of Chicago found 61% of those surveyed supported legalization, up from 57% in 2016 and 31% in 2000,” reports Ciarra Linnane for MarketWatch.

That was not the first survey to indicate a growing number of respondents favoring legalization of cannabis.

With another election year looming in 2020 and some states expected to take marijuana initiatives this year, it pays to remember politics is an important element of cannabis investing.

As the rules and regulations around marijuana begin to loosen, with improving sentiment on the recreational usage on the once highly guarded drug, more businesses are starting to dabble and expand the cannabis industry, and investors can also access the growth opportunity through related exchange traded fund strategies.

“Support for legalization has been driven by the acceptance of medical cannabis as a treatment for a variety of maladies, including pain management and to reduce frequency of seizures,” reports MarketWatch. “But many industry players are confident that public sentiment will help persuade lawmakers to drop the federal ban, which continues to classify the plant alongside heroin as a Schedule I drug.”