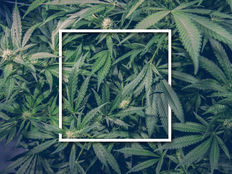 Perhaps Some Hope For This Marijuana ETF

The Global X Cannabis ETF (POTX) is the newest member of the marijuana ETFs universe having debuted last month. POTX came to market at a time of struggles for cannabis stocks and the related ETFs and it has scuffled since coming to market, but the clouds that have recently besieged the marijuana ETF space could be ready to part.

POTX is higher by nearly 3% over the past week, potentially one sign that marijuana equities are ready to rebound, but fortunately for investors, there’s more to the story.

“Cowen analyst Vivien Azer wrote in a note to clients Friday that as investors are resetting their expectations for Canadian pot stocks, she’s looking for any indication of incremental progress heading into third-quarter earnings,” reports Connor Smith for Barron’s.

Why Throwing In This Pot Matters

The new POTX holds 24 stocks, including Aurora Cannabis (ACB), Canopy Growth (CGC) and Tilray (TLRY). That underscores the point that POTX is heavily exposed to Canadian medical marijuana purveyors. However, POTX is positioned to take advantage of increased cannabis legalization in the U.S.

“Retail sales have grown double digits in five of the last six months and have more than doubled during that time span,” said Azer, according to Barron’s. “This performance comes while the industry has faced multiple headwinds from novel form factor delays, widening price gaps vs. illicit market, lack of retail infrastructure, as well as an inventory glut in oil/capsules and value-based dry flower.”

Related: Plenty Of Potential For The POTX Cannabis ETF

There are some inklings the political environment in the U.S. is growing increasingly favorable toward the cannabis industry and related investments, indicating the long-term growth trajectory for POTX is indeed compelling.

The industries that constitute the multi-billion dollar cannabis universe represent a new frontier, where proper caution and due diligence must be exercised surrounding its regulations and risks, in seeking attractive long-term cannabis investment opportunities.