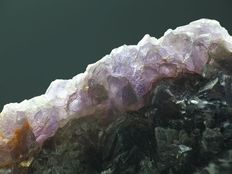 Plenty Of Love Out There For The Lithium ETF

With so much buzz swirling around electric vehicles, it’s an appropriate time to examine lithium – the material used to make the batteries that powering those vehicles. The Global X Lithium & Battery Tech ETF (LIT B-) remains one of the best avenues for investors seeking lithium exposure.

LIT tracks the Solactive Global Lithium Index. One of the oldest thematic ETFs, LIT is designed to provide exposure to “the full lithium cycle, from mining and refining the metal, through battery production,” according to Global X.

With the popularity of electric vehicles spurring demand for automobile offerings from carmakers like Tesla, the lithium industry has taken a new turn. More uses will be found for lithium as the move to energy dependence from fossil fuels continues to increase demand for efficiency. However, there’s much more to the lithium story than electric vehicles.

“It is important to note that despite lithium’s common association with batteries, around half of current lithium demand comes from industrial applications, such as glass, ceramics, lubricants, and casting powders,” said Global X in a recent note. “However, much of the expected demand growth and optimism for lithium comes from the battery segment. Approximately 90% of lithium demand is expected to come from the battery segment by 2030.”

“Within the battery segment, the most significant opportunity for lithium demand growth comes from electric vehicles (EVs),” notes Global X. “The average electric car uses over 5,000 times more lithium than a smartphone to power the vehicle’s range. Higher range electric cars with greater battery energy density, like the Tesla Model S, can use as much lithium as 10,000 smartphones. Therefore, growth of the electric car market will have a profound impact on total lithium demand.”

“In 2019, global car production of approximately 2 million EVs consumed approximately 137 thousand tons of lithium,” according to Global X. “But by 2030 this number could reach over 1.5 million tons of lithium as electric and hybrid cars become more prevalent as consumers consider clean energy, lower maintenance costs, and improved performance.”