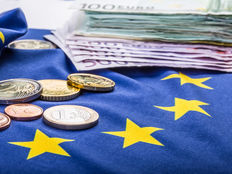 Count the Global X MSCI China Consumer Discretionary ETF (CHIQ B-) among the consumer cyclical ETFs benefiting from the e-commerce boom. CHIQ is higher by 28.59% year-to-date, confirming large exposure to Chinese online retail stocks is a positive trait in 2020.

CHIQ is also getting a lift from monetary policy as the People’s Bank of China (PBOC) takes action to support consumer spending in the world’s second-largest economy.

“The PBOC is actively looking to stimulate the economy through measures other than rate reductions,” said Global X in a recent note. “In March, the PBOC reduced reserve ratios by 0.5%-1% depending on the size of the bank in order to inject $79 billion into the economy. China indicated they may reduce this ratio further. Growth in credit being extended, particularly to households, is expected to rise further.”

Based purely on sheer size, China’s Internet and mobile phone markets are substantially larger than those in the U.S. Additionally, brick-and-mortar infrastructure is slack in China, a sign that up-and-coming Chinese consumers are adept at and prefer to buy online. Importantly, CHIQ components are taking steps to lure buyers at a trying time for the world’s second-largest economy.

Other data points indicate Chinese consumers are making purchases of items that can be used at home due to strict travel controls in the country implemented due to COVID-19.

“Accommodative monetary policy, including central bank purchases of loans made to small business, as well as China’s focus on extending bank credit may spur additional growth in the second half of the year,” according to Global X.