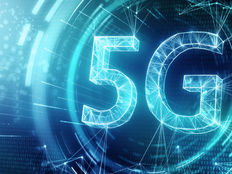 Smartphone ETF Completes Its Conversion to a 5G Fund

The First Trust NASDAQ CEA Smartphone Index Fund (NasdaqGS: FONE) is no longer with investors. As was announced earlier this year, FONE would convert to being an exchange traded fund dedicated to companies with exposure to the 5G theme.

That conversion is official and the fund is now known as the First Trust Indxx NextG ETF (NXTG). NXTG tracks the the Indxx 5G & NextG Thematic Index. The fund’s expense ratio will remain 0.70% per year, or $70 on a $10,000 investment.

“The Index is designed to track the performance of companies that have devoted, or have committed to devote, material resources to the research, development and application of fifth generation (“5G”) and next generation digital cellular technologies as they emerge. By utilizing higher frequency radio waves, 5G networks enable significantly increased data rates, reduced latency and high-density connections that were previously unavailable in preceding technological generations,” according to a filing with the Securities and Exchange Commission (SEC).

To be eligible for inclusion in NXTG’s index, stocks “must have a minimum market capitalization of $500 million, six-month average daily trading volume of at least $2 million ($1 million for emerging market companies), traded for at least 90% of the total trading days in the last six months or for a security recently issued in an initial public offering over the prior three months, a minimum free float of 10% of shares outstanding and a share price of less than $10,000 for new index constituents,” according to Illinois-based First Trust.

The new 5G ETF holds 97 stocks, none of which exceed weights of 2.61%. Ten countries are represented in the new ETF with 53.69% of the fund’s geographic weight allocated to the U.S. Four of the other nine countries found in the 5G fund are emerging markets.

Over 21% of NXTG’s holdings are semiconductor stocks while a combined 14.69% are specialty REITs and telecommunications equipment providers.

NXTG faces entrenched competition in the form of the 5G ETF (FIVG). That 5G ETF debuted in March and has nearly $78 million in assets under management. FIVG charges 0.30% per year, well below the 0.70% fee on NXTG.