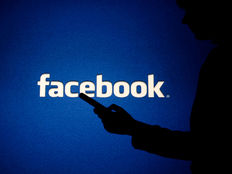 Amid an onslaught of trying news for online advertising spending, the Global X Social Media ETF (SOCL C+) is proving the benefits of owning a basket of social media companies rather than a specific stock as the ETF traded slightly higher Monday despite some challenging headlines.

SOCL, which tracks the Solactive Social Media Total Return Index, heads into the last day of the second quarter with a quarterly gain of roughly 47%. That’s an impressive feat when considering some of the controversy Facebook (NASDAQ:FB) and Twitter (NYSE:TWTR), two of SOCL’s largest holdings, are enduring.

“Over the weekend, more large brands and advertisers, including Coca-Cola, Starbucks, and Unilever, announced plans to pause or reduce ad spending on social media platforms (mainly Facebook and its Instagram platform) in protest against the lack of controls to limit hate speech and misinformation,” said Morningstar analyst Ali Mogharabi in a note out Monday.

This isn’t the social media industry’s first bout with political and social pressure. Over the past several years, one side of the aisle complains the industry allows offensive speech while the other asserts the likes of Twiter, Google, and Facebook intentionally favor one political view over another. Now some senators are taking action.

Underscoring the point that holdings-level diversification matters, what’s bad news for Facebook and Twitter could be beneficial to other SOCL components.

“The movement, which began on June 17, has gained momentum, increasing the risk for firms such as Facebook and Twitter, while possibly creating some opportunities for Pinterest and Alphabet,” according to Mogharabi.

A group of organizations called on Facebook advertisers to limit their ad spend during the month of July, urging more than 90 marketers like Verizon, Patagonia, REI, Lending Club, The North Face, Ben & Jerry’s to join forces with a group of organizations which includes the Anti-Defamation League, the NAACP, Sleeping Giants, Color of Change, Free Press and Common Sense.

“However, we anticipate that most of the advertisers will return to Facebook given its more than 2.6 billion users,” notes Mogharabi. “In the meantime, Facebook can take steps to demonstrate it will reduce hate speech further on the platform; although more content oversight could bring more regulatory risks to the forefront. With the current advertiser walkout, we have not changed fair value estimates for the social media companies under our coverage.”