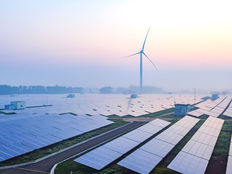 The combination of low interest rates and chatter about the lagging energy sector being a rebound play in 2020 is prompting some income-hungry investors to revisit master limited partnerships (MLPs) and energy infrastructure assets.

An effective avenue for gaining exposure to those instruments is the VanEck Vectors Energy Income ETF (EINC).

EINC, which turns eight years old in March, follows the MVIS North America Energy Infrastructure Index, “which is intended to track the overall performance of North American companies involved in the midstream energy segment, which includes MLPs, and corporations involved in oil and gas storage and transportation,” according to VanEck.

“This significant growth in North American oil and gas production has increased the need for supporting infrastructure, including new pipelines connecting producing regions with demand centers and the coast for export,” said VanEck in a recent note. “A 2018 study by the Interstate Natural Gas Association of America estimated that an investment of $521 billion in midstream energy infrastructure is needed in the U.S. and Canada by 2035.”

MLPs don’t make their money based on oil or gas prices. Unlike other energy sector stocks, MLPs primarily deal with the distribution and storage of energy products, so their business model is less reliant on the commodities market since MLPs profit off the quantity of oil and natural gas they are able to move around.

While midstream players remain important drivers of the MLP investment thesis, this space is changing and investors need to be aware of those shifts. Additionally, the midstream space is usually more defensive and less volatile than other energy segments due to steady, reliable cash flows.

“Additionally, energy infrastructure companies generally do not have direct exposure to commodity prices. Instead, they focus on the more stable business lines within the energy complex,” according to VanEck. “Their businesses function primarily on a set fee per volume or fee for service basis and are historically driven by volumes rather than spot prices. The segment also generates diverse revenue streams through multiple sources including transportation, processing and storage for many upstream producers.”