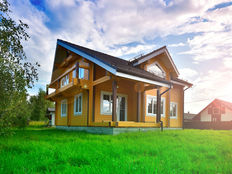 The Adventurous Can Play Homebuilders Strength This Way

Despite lingering uncertainty facing the economy and financial markets, homebuilder equities and ETFs look sturdy, a theme that should benefit leveraged fare, such as the Direxion Daily Homebuilders and Supplies Bull and Bear 3X Shares (NAIL ).

NAIL “has managed to climb about 100% since the start of April while taking in roughly $75 million of inflows. The same can’t be said for confidence in the real estate market, which has seen much more volatility since the onset of the pandemic. The array of REITs represented in the MSCI US IMI Real Estate 25/50 Index (M2CXVGD) underperformed the broader market dramatically in March and April,” according to Direxion research.

Strength in NAIL comes despite some challenging data. Homebuilder stocks and sector-related ETFs are gaining momentum, despite housing starts experiencing their worst drop in five years and existing home sales suffering the worst decline in almost a decade.

NAIL Could Have More in Store

“The big story in housing demand now, as it has been for the past few years, is the record low supply of houses on the market. FreddieMac recently put out an estimate that the housing deficit ranges anywhere from 2.5 to 3.3 million homes,” said Direxion. “The pressure from this shortage has helped boost the S&P/Case-Shiller U.S. National Home Price Index from an almost 10-year low following the 2008 housing market crash to new all-time highs starting in 2017.”

This year, the central bank has been keen to keep interest rates unchanged. In addition, the central bank alluded to possible rate cuts for the rest of 2019. Once again, however, the rising costs of supplies could keep home prices rising, but that could be tempered if the current labor market remains robust.

“According to data from FreddieMac, the average 30-year mortgage rate is currently hovering at around just 3.25% while 15-year rates are averaging 2.75%,” notes Direxion. “This puts even the high cost of homes within the reach of more buyers. And with the Federal Reserve signaling its intention to keep rates near-zero, mortgage rates will likely stay near their current lows.”