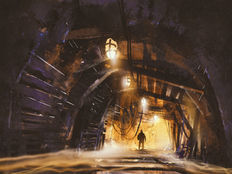 Silver has been a solid performer in the commodities complex this year, but the real story is silver miners. For example, the Global X Silvers Miners ETF (SIL B-) is higher by almost 25% this year.

SIL, the largest silver miner-related ETF, tries to mirror the Solactive Global Silver Miners Total Return Index, which is also comprised of global silver miners. This year, SIL is beating ETFs backed by holdings of physical silver by margins of better than 2-to-1.

For patient, risk-tolerant investors, the outlook for SIL is encouraging.

“The mining stocks are the part of the precious metals market that tends to show strength at the beginning of a major move up. We saw exactly the opposite,” according to FX Empire. “Silver miners were weak compared to what the underlying metal did. Consequently, the odds are that what we saw last and this year was not the start of a long-term bull market in the precious metals market. We will most likely get there eventually, but we are not there just yet.”

SIL Can Shine On

Silver ETFs are pushing to the upside amid increased expectations of more Federal Reserve rate cuts, even as some investors locked in profits from the white metal’s recent rally. Silver is believed by many investors to be inversely correlated with interest rates.

Rising interest rates make bonds and other fixed-income investments more attractive so that the money will flow into higher-yielding investments, such as bonds and money market funds, and out of precious metals, which offers no yield at all during times of higher interest rates, and back into metals ETFs.

SIL’s “recent move higher was not very similar to the previous upswings in terms of price, but the way volume increased and then declined is very similar to what happened during previous big rallies in gold and silver,” notes FX Empire. “In particular, it’s reminiscent of what we saw in 2010 and 2011. Because of both the shape of volume and of the way silver stocks outperformed silver (barely). The latter is what differentiates the recent upswing and what we saw in 2016 – back then, silver miners strongly outperformed silver.”