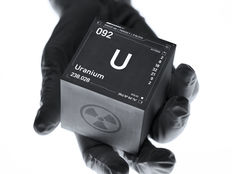 Upside in This Uranium Miner Will Boost This ETF

In a year that’s been marred by stock market downside amid inflation, Cameco has been one of the rare shining stars. The stock is up about 11% for the year.

“Heading into this past week, uranium miner Cameco was that rare stock in the market: It had posted a double-digit gain in 2022. One deal made those gains disappear — and created a buying opportunity,” a Barron’s article said.

Cameco has been making moves to add to its growth potential. According to the Barron’s article, it entered into a joint venture to purchase a nuclear power servicer.

“At first glance, there didn’t seem to be all that much that was controversial about the joint venture Cameco announced this past Tuesday,” the article said further. “Along with Brookfield Renewable Partners, Cameco agreed to buy Westinghouse Electric, a servicer to nuclear power plants, for $7.88 billion, including debt. Cameco will own 49% of the joint venture once the deal is completed.”

Highlighting the potential growth opportunity in uranium is the three-year performance of the World Uranium Index level. Over the past few years, the index is up over 130%, supplementing the increasing acceptance of uranium as an alternative energy source.

Marred by historical disasters involving nuclear reactors, uranium as an energy source has fallen to the wayside. However, it has become safer over the years, essentially improving its prospects for re-use once again.

Uranium Exposure in One ETF

Cameco is the top holding of the Global X Uranium ETF (URA B-). As of October 28, it comprises over 20% of the fund so any further upside in Cameco stock will also be reflected in URA to a certain degree without over-concentration in a single stock.

Whether as an inflation hedge or to simply diversify a portfolio with metals exposure, URA is certainly worth a look. URA seeks to provide investment results that correspond generally to the Solactive Global Uranium & Nuclear Components Total Return Index.

Features of the fund: