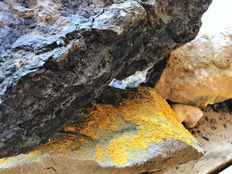 The Global X Uranium ETF (URA C+), the original ETF dedicated to uranium equities, is up 7.41% over the past week. That may be the start of something for a fund that has endured its share of struggles.

URA targets the Solactive Global Uranium & Nuclear Components Total Return Index. The ETF’s components include companies engaged “in extraction, refining, exploration, or manufacturing of equipment for the uranium and nuclear industries,” according to Global X.

One of the hurdles uranium producers face is convincing the clean energy crowd that nuclear power is in fact clean power.

The uranium market has been supported by significant production cuts, reductions in producer inventories and an increase in demand. Investors may be looking at the battered uranium miner space as a value play, given the improved strength in the sector.

Fortunately, there’s a growth case for nuclear power, one rooted in statistics and facts.

“According to the International Atomic Energy Agency (IAEA), roughly 10% of the world’s electricity was generated from nuclear power in 2019,” notes Rodstrom. “This is approximately one-third of the world’s low-carbon electricity. There was an increase of 2.5 GW in net installed capacity since the end of 2018 and it is projected to increase by 25% over current levels to 496 GW by 2030, and by 80% to 715 GW by 2050.”

As the world’s thirst for clean, 24×7, emissions-free sources of alternative energy continue to grow, nuclear power is emerging as a potential means to meet this demand. According to the World Nuclear Association’s most recent Nuclear Fuel Report there are 444 operating nuclear reactors, with 54 under construction, 111 planned, and 349 proposed.

“The energy released through nuclear fission is thousands of times greater than the energy released through the process of burning similar amounts of fossil fuels,” according to Global X. “This makes nuclear power a very efficient method of generating utility-scale power. In addition, it means the ongoing fuel costs for nuclear power plants tend to be quite low, given the minimal amount of material needed to power the plant.”