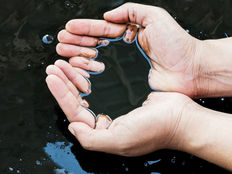 U.S. markets and stock ETFs plunged Monday, with significant indices pushing toward a bear market, as the rising coronavirus cases and a breakdown in the OPEC+ alliance added to a steepening sell-off.

The equity markets suffered through heavy selling after the open, which triggered a circuit breaker, or a 15-minute break in trading, the Wall Street Journal reports.

The Dow Jones Industrial Average and Nasdaq were 19% lower from record highs set earlier this year while the S&P 500 declined 18% from its high, putting them within shooting distance of an official bear market. A pullback of 20% from the highs would mark the end of a bull market that began after the financial crisis when stocks bottomed out on March 9, 2009.

“It’s a perfect storm,” Chris Zaccarelli, chief investment officer at Independent Advisor Alliance, told Reuters. “You’ve got a lot of uncertainty in terms of how far the virus will spread in the U.S. You layer onto this the oil price cut.”

“Today is all about oil being the straw that broke the camel’s back,” he added.

The markets caught up with the negative sentiment brewing over the weekend after the collapsed talks between Saudi Arabia and Russia, with both sides vowing to hike crude oil production amid a weakening global demand outlook due to a spreading coronavirus and signs of an economic slowdown.

“The fear today is about a global recession,” Thomas Hayes, chairman of Great Hill Capital, a hedge fund-management firm, told the WSJ. “If Russia does not come back to the table soon, investors worry the default risk and credit spreads widening will lead to tighter credit and even a recession.”

Meanwhile, investors were already concerned about the rising number of coronavirus or COVID-19 cases, which jumped past 110,000 globally, as the spreading contagion pushes governments to implement quarantine measures that would disrupt usual supply chains.