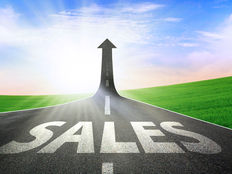 Hard seltzer has become a phenomenon, bursting onto the scene over the past few years with sales of the canned fizzy beverages from brands like Whiteclaw, Truly, and Bon & Viv rocketing higher over the past year.

“The numbers I think are surprising to everyone in the market,” King said in an interview with Markets Insider. The strong growth of the category has shown investors that it’s durable and not just a flash in the pan, he added.

Serving as an alternative for those consumers who can’t consume beer due to allergies or intolerances, hard seltzer has also converted beer, wine, and vodka drinkers. According to Nielsen data, hard-seltzer sales burgeoned roughly 200% over the past year.

Whiteclaw is leading the category with a 50% market share, and sales of the spiked seltzer were up 223% in the summertime. Whiteclaw is owned by Mark Anthony Group, a private company that also produces Mike’s Hard Lemonade.

Although many people are only recently becoming aware of the seltzer trend due to innovations in the industry, seltzer has a long and interesting history that dates it back to the 18th century. People on vacation or traveling for business discovered the benefits and enjoyment of sparkling water began to serve it at pharmacies, and eventually in soda shops. Finally this trend became even more convenient, transitioning to in the 1980’s to a home-based, portable beverage that can be found in grocery stores across the world.

The industry has grown rapidly lately however, due to the rise of Millennials, who place a premium on health, and are eschewing traditional higher calorie, sugary refreshments like soft drinks in favor of healthier alternatives.

“Health is now the number one concern among all Americans. We’re all trying to seek healthier lifestyles and find balance in our lifestyles, and something like a spiraling water or a seltzer is a great way and a great beverage option for us to do that,” explained Danelle Kosmal, Vice President of Beverage Alcohol Practice at Neilsen, on a CNBC segment.

The hard seltzer market nearly tripled over the past year, growing over 190%, and White Claw has been a huge factor in this growth. While comedian Trevor Wallace’s Youtube parody, “Drinks White Claw Once,” went viral, putting the White Claw Lifestyle on display, the company claims this marketing had little to do with the White Claw’s rapid ascension.

Another factor in the drink’s success is the price point. At roughly $9 for a six pack of White Claw, the drink is a considerably less expensive alternative to the beer brands it competes against. According to New York Magazine, if the drink was distilled as a premium spirit, it would be taxed like one. In addition, the beverage holds an appeal for both men and women, making it a drink of choice for both sexes.

While all the hype has brought in increased competition from Big Beer as well as boutique competitors like Truly, which grew 177% over the past year, White Claw Senior VP of Marketing, Sanjiv Gajiwala, isn’t afraid of the competition.

“I’m excited for all the new consumers that we’re bringing into the category because I feel like we have such a great product, and if we can get them to try it, then hopefully they’ll be loyal fans,” he said.

With its specialized focused, unlike many of the larger competitors in the space, White Claw looks to continue to expand its market share in the future.