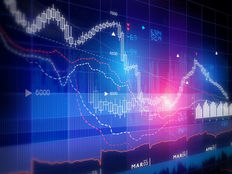 Why Exclusionary Tactics Will Work in Emerging Markets

In investing there are times when breaking with tradition, such as the MSCI Emerging Markets Index (MXEF), can prove beneficial. The benefit comes in the form of the *WisdomTree Emerging Markets ex-State-Owned Enterprises Fund (XSOE A-).

XSOE seeks to track the price and yield performance of the WisdomTree Emerging Markets ex-State-Owned Enterprises Index. Under normal circumstances, at least 80% of the fund’s total assets will be invested in component securities of the index and investments that have economic characteristics that are substantially identical to the economic characteristics of such component securities. The index is a modified float-adjusted market cap weighted index that consists of common stocks in emerging markets, excluding common stocks of “state-owned enterprises.”

Excluding state-owned enterprises in developing economies can benefit investors because while these are public companies, their interests are often aligned with those of the government, not other shareholders.

“SOEs must make strategic decisions that satisfy the objectives of both government and independent shareholders. Conflicts of interests often arise and SOEs are obligated to advocate for a broader set of interests than maximizing shareholder value only,” said WisdomTree in a recent note.

State-owned enterprises (SOEs) are common in emerging markets strategies and are often prominent in three sectors – energy, financial services, and materials – through telecom and utilities, in some markets, have their share of SOEs, too.

“A key driver of the result was XSOE’s overweight allocation to the Consumer Discretionary sector. XSOE’s 5% overweight to the sector is not surprising—SOEs tend to be more concentrated in sectors like Financials, Energy and Materials,” according to WisdomTree. “Removing SOEs tilts XSOE toward ‘new economy’ sectors that are positioned to take advantage of a growing middle class and increased domestic consumption.”

“For example, XSOE has typically had more exposure to companies like Alibaba, which derives most of its revenue from Chinese retail commerce and has generated an approximately 45% annual growth rate over the last five years,” said WisdomTree. “In contrast, XSOE avoids exposure to SOE companies within the Consumer Discretionary sector, like Chinese automobile manufacturers, which have recently suffered from declining sales.”

“As is the case in the U.S., sector exposure matters in China and although the world’s second-largest economy is home to a vibrant technology sector and the world’s largest internet and online retail markets, many traditional China funds don’t reflect as much,” according to Nasdaq.