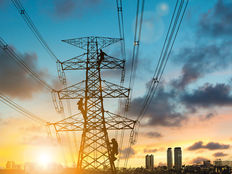 The Energy Select Sector SPDR (XLE A), the largest equity-based energy exchange traded fund, is lower by 2.51% over the past week and while some traders are preparing for more downside in the resurgent energy patch, some market observers believe the sector has the potential to extend its bullish ways.

The energy sector was one of the worst-performing groups in the S&P 500 in 2018, as highlighted by an annual decline of 18.20% for XLE. With oil prices needing positive catalysts, the ability of OPEC to lower output is critical for the commodity’s near-term fortunes. Likewise, some market observers are concerned about U.S. shale producers keeping output high as prices decline.

“As crude prices plummeted from mid-2014 to early 2016, mega-cap upstream companies involved in the exploration and production of oil tumbled and took out the rest of the XLE energy ETF. Over that period, Chevron tanked 37 percent and Exxon Mobil declined 22 percent,” reports CNBC.

Why the Energy Sector is a Value Play

The energy sector has long been regarded as a destination for value investors and some important data points confirm that remains the case.

“The overall energy sector is trading at the same valuation metrics it was when oil was $26 a barrel and oil is $56 a barrel,” said Raymond James chief investment strategist Jeffrey Saut in an interview with CNBC.

The energy sector actually grew earnings last year, but the performances of XLE and rival energy ETFs did not reflect that earnings growth.

“Energy earnings grew by 104 percent in 2018, but their market performance did not mirror that growth. The XLE ETF plummeted 21 percent to end 2018, its worst year since crude prices were in free fall in 2015. The ETF traded at around 15 times trailing earnings when crude hit $26 in February 2016, a slightly higher valuation than current levels,” according to CNBC.

Investors have pulled $1.2 billion from XLE this year, but the energy ETF saw inflows of $1.1 billion last week.

Rivals to XLE include the Vanguard Energy ETF (VDE A), iShares U.S. Energy ETF (IYE A) and the Fidelity MSCI Energy Index ETF (FENY A+).

For more information on the energy sector, visit our energy category