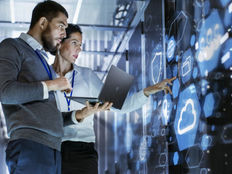 XLK Tech ETF Could Be the Perfect to Own in July

Specifically, the Technology Select Sector SPDR ETF (XLK A) has been perfect in July over the past 10 years. XLK, the largest technology ETF by assets, seeks to provide investment results that, before expenses, correspond generally to the price and yield performance of the Technology Select Sector Index. Under normal market conditions, the fund generally invests substantially all, but at least 95%, of its total assets in the securities comprising the Index.

“As you can see, XLK is the only ETF with a 100% win rate, averaging a very healthy monthly gain of about 4%. Digging deeper, XLK hasn’t ended July lower since dropping 2.4% in July 2008,” according to Schaeffer’s Investment Research.

Tech stocks and ETFs were solid performers in June, broadly speaking. The surge in the technology sector has been attributed to an end to threats of tariffs on Mexican-made goods imported to the U.S., along with growing optimism over an interest rate cut out of the Federal Reserve. Meanwhile, many remain hopeful that the U.S. and China can get over their differences and come to an agreement on trade, which would further bolster the global outlook.

Why July For XLK?

Apple (AAPL), one of XLK’s largest holdings, is also one of the best-performing S&P 500 members in the third quarter and that quarter begins with the arrival of July.

XLK “which sports Apple (AAPL) and Microsoft (MSFT) among its top holdings — notched a record high of $79.70 on May 1, before suffering a steep pullback. However, following a bounce off the 160-day moving average, XLK has erased nearly all of those losses, and is once again within a chip-shot of new highs. In fact, from the ETF’s current perch around $77.96, another 4% rally in July would place it above $81 — in uncharted territory,” notes Schaeffer’s.

What comes out of the G-20 summit will go a long way in determining XLK’s fortunes in July 2019.

“Of course, the technology fund’s short-term trajectory could be determined by what goes down at this week’s G-20 summit. President Donald Trump and Chinese President Xi Jinping are set to talk trade, and headlines out of Japan (where the G-20 conference is being held) could certainly move stocks with heavy China exposure, which includes many chipmakers like XLK-held Intel (INTC),” according to Schaeffer’s.

For more information on the tech segment, visit our Thematic Investing Channel.

The opinions and forecasts expressed herein are solely those of Tom Lydon, and may not actually come to pass. Information on this site should not be used or construed as an offer to sell, a solicitation of an offer to buy, or a recommendation for any product.