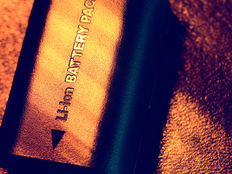 A significant part of the thesis surrounding lithium investments, including the Global X Lithium & Battery Tech ETF (LIT B-), is the point at which electric vehicles can achieve cost parity with their internal combustion engines. That is expected to happen, but it’s a matter of when.

LIT tracks the Solactive Global Lithium Index. One of the oldest thematic ETFs, LIT is designed to provide exposure to “the full lithium cycle, from mining and refining the metal, through battery production,” according to Global X.

“According to BloombergNEF, lithium-ion battery prices were priced above $1,100 per kilowatt-hour in 2010, but have now fallen to just $156/kWh,” reports Frik Els for Mining.com. “That’s an 87% reduction in real terms achieved — not just through volume growth in the EV market but also through continued penetration of high energy density cathodes.”

Lithium-ion battery capacity is vital because one of the primary factors car buyers consider when evaluating electric vehicles is how long those vehicles can run on a single charge. Tesla’s dominance in the booming electric vehicle market is becoming apparent.

Bolstering the long-term case for LIT is that global automotive industry observers believe electric vehicles will reach comparable price points to traditional internal combustion engine vehicles sometime in the next several years, making it more compelling for drivers to make the switch to electric vehicles.

“According to the new energy research firm, by 2023, average prices will be close to $100/kWh, considered by many to be the price point at which electric vehicles reach parity with gas and diesel-powered vehicles. However, prices vary depending on which markets and vehicle segments,” according to Mining.com.

There are signs that there is a lot of pent up demand among consumers who want to embrace the technology. In 2017, electric vehicle sales represented 1.7% of all vehicle sales globally, exceeding 1 million for the first time and rising 51% year-over-year. The rate could continue to accelerate as a result of EVs becoming more economical than gas-powered cars and as a result of pro-climate regulatory changes pushing to ban gas-powered cars.