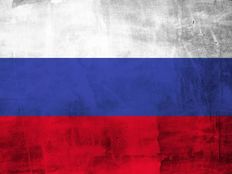 The Russia country-specific ETFs are also on pace for their worst respective days since they were launched, and they are down about 50% for the month of February, on course to close out their worst month since inception.

The plunge followed after the European Union, the U.K., the U.S., and Canada all pledged to remove selected Russian banks from SWIFT, or the Society for Worldwide Interbank Financial Telecommunication, CNBC reports. The SWIFT payment system connects over 11,000 banks and financial institutions around the world, so the removal of Russian banks from SWIFT access would cut them off from most of the global financial system.

Meanwhile, the Russian ruble currency plunged as much as 30% against the U.S. dollar after the United States implemented another round of sanctions on Russian banks and its sovereign debt, along with direct sanctions on President Vladimir Putin and Russian Foreign Minister Sergey Lavrov.

“The unprecedented action we are taking today will significantly limit Russia’s ability to use assets to finance its destabilizing activities, and target the funds [Russian President Vladimir] Putin and his inner circle depend on to enable his invasion of Ukraine,” said U.S. Treasury Secretary Janet Yellen, the Wall Street Journal reports.

By preventing Russia’s central bank from accessing emergency reserve currencies to protect its economy from the Western sanctions, the economy is further isolated and could experience a surge in inflation as the ruble currency rapidly depreciates.

“Inflation is now very likely to spike, purchasing power is likely to plummet. Investment is likely to plummet,” one of the senior administration officials said. “This is a negative and vicious feedback loop that Putin has triggered and as to whether or not it affects his calculus, all we can do to make sure that this is a strategic failure.”