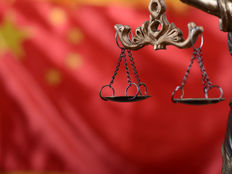 Building on previous news that the country would begin loosening its notably restrictive “Zero COVID” policies, the Chinese government is now drafting a growth plan targeting 5% GDP growth next year. For investors who have had to deal with a lot of ups and downs for China investing this year, including the Fall Chinese Communist Party Congress which solidified the power of Premier Xi Jinping, the news may prompt new interest in a China equities ETF like the Franklin FTSE China ETF (FLCH A-).

The new GDP target would be about 2.5% higher than 2022’s GDP estimated as of September by the World Bank, at 2.8%. That was drastically lower than the nation’s GDP growth of 8.1% in 2021. The target is in line with expectations, according to one analyst at PwC China, which expect China’s GDP to grow between 5% and 6% next year.

The specifics of the growth plan include prioritizing support for the real estate sector and restoring confidence for entrepreneurs, building on recently-announced government spending to bolster its semiconductor industry. The government’s push makes sense given some of the economic data that is coming in from the country, with China’s November retail sales seeing a big miss in November.

FLCH, which tracks the FTSE China RIC Capped Index, could be an option for investors who feel emboldened by the Chinese government’s plans. The China equities ETF invests in large and mid-size firms, charging just 19 basis points for its broad exposures.

The strategy has seen its performance spike over one month, returning 15.3% compared to 8.9% and 7.6% for the ETF Database Category Average and Factset Segment Average respectively. It’s added $3 million in net inflows over the last three months, as well, as it looks to build on the recent five-year anniversary of its inception.

China has thwarted investors for parts of an already complicated 2022, but remains a key part of portfolios for investors around the world. As the second-largest economy, it could be a real player in rejuvenating equities for investors next year, with FLCH an option to consider in the coming weeks for broad exposures there.