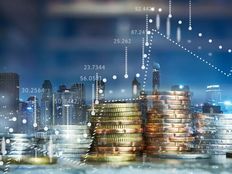 5 Reasons to Be Circumspect About Credit

Policy and market momentum are tilted toward higher yields. In the U.S., the Federal Reserve has signaled it will begin hiking rates in March. And central banks are starting to understand that inflation is a significant problem, and their current policy stances are exacerbating things.

More hikes have been priced into the front end of yield curves over the past few months, depending on the central bank. However, Orchard worries “that central banks will decide that they need to tighten the screws even more in the near term to avoid overtightening later.”

Credit Spreads Are Too Narrow

Credit spreads are historically tight, which can be sustainable, provided there’s an easy policy environment and/or strong, stable economic growth. Spreads have historically been stable or tightening during central bank hiking cycles: Central banks hiked because growth was strong, and strong growth meant that spreads were stable.

But now, things are different. “Central banks are hiking because inflation is high, not because growth is strong,” writes Orchard. “This means that policy support is being withdrawn when growth is shaky.”

There Are Few Barriers to Spread Widening

Central banks are quickly winding down their quantitative easing programs. And while market sentiment is bearish, key indicators suggest that positioning hasn’t much changed. The consensus seems to be that if a sell‑off occurs, it’ll take place in the second half of the year, so there’s little point in doing anything now.

Orchard worries that after 22 months of good returns, there may be some complacency among market players. Ultimately, it would probably require a blend of steadier growth, stronger valuations, and perhaps even a central bank response to halt spread widening. But there’s no guarantee that any of those things could happen in the near term.

“The path to supportive valuations is a long one,” writes Orchard. Though investment‑grade credit default swap index spreads are only slightly below their long‑term median, it would be unusual for them to remain close to fair value if a sell‑off occurred. Cash bond spreads would have even further to widen. There’s potential for overshoot.

Central banks are now more worried about inflation than growth, which means tightening measures are inevitable. Central banks don’t want financial conditions to tighten too rapidly or in a disorderly fashion, so there is a point at which they would ease up on the tightening. The problem is that no one knows when that would be or what it would look like. What central banks will do is anybody’s guess.

“If my analysis above is correct, it will set up the next leg of the credit bull market,” writes Orchard. “I don’t see us having a recession with short‑term U.S. rates below 1% and oil at around $85 a barrel, so any sell‑off in credit will probably be relatively short‑lived—say, one to two months. I want to be ready to add credit risk during a sell‑off at wider spreads. This will be easier said than done.”