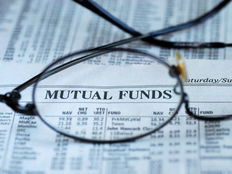 More and more issuers of actively managed mutual funds are considering converting those assets to exchange traded funds. A new plan to do that involves lucrative cannabis equities.

“The conversions would be a milestone moment for the ETF industry, which has been gaining ground on the mutual-fund market for years thanks to lower costs, easier access and a preferable tax regime,” reports Claire Ballentine for Bloomberg. “Guinness Atkinson Asset Management is slated to switch two of its products to ETFs on March 26, and Dimensional Fund Advisors has also filed plans to convert some of its funds. Now with Foothill’s Cannabis Growth joining the lineup, several analysts say that could attract more investor attention.”

Guinness Atkinson anticipates the conversion of two mutual funds to ETFs by the end of the year, along with plans to switch a third over soon as well. In 2021, Dimensional Fund Advisors also plans to convert six tax-managed mutual funds with $20 billion in assets under management into ETFs. Meanwhile, the Nottingham Company has received board approval to transform its $99 million Adaptive Growth Opportunities Fund into an ETF.

“Active managers such as those three firms filing for conversions could bring in $100 billion in new assets to the ETF industry, according to Bloomberg Intelligence,” reports Bloomberg.

Foothill Capital’s plan comes at a time of increasing enthusiasm for marijuana stocks.

Cannabis sector-related exchange traded funds have been climbing on expectations that the favorable election results could push the country toward legalizing sales of recreational marijuana.

For example, voters in Arizona, Montana, New Jersey, and South Dakota have cleared cannabis for adult use, bringing the total number of states that have approved it for that purpose to 15.

“Meanwhile, pot ETFs have lured $1.7 billion in 2021, blowing past 2020’s total of $686 million. That rush of cash is likely chasing the surge in the industry’s stocks, with the list of 10 best-performing ETFs this year currently including three cannabis products,” concludes Bloomberg.