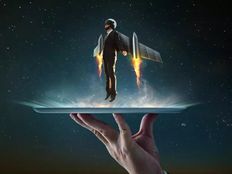 Mid-tier asset managers like JPMorgan Asset Management, Fidelity, and Capital Group Cos. looking to gain traction in the global exchange traded fund sector are realizing that active management will be the key to growing their businesses and taking share from the established big three ETF providers of BlackRock, Vanguard, and State Street Global Advisors.

“If you are a legacy mutual fund manager who is trying to enter the ETF market, it’s an obvious choice to use your active capabilities to offer your strategy, preferably in a transparent ETF structure,” Daniil Shapiro, associate director in product development at Cerulli Associates, told Pensions & Investments before adding: “if you’re a legacy mutual fund manager, you want to offer an active strategy.”

As money managers known for mutual funds build out their ETF lineups, Todd Rosenbluth, head of research at VettaFi, said that we should expect firms like Capital Group, which launched its first suite of active ETFs in February, to be among the top 25 ETF providers five years from now.

“In recent years, asset managers with a proven record of security selection through active management have crashed the ETF party and made inroads,” Rosenbluth said. “Rather than competing with the top three ETF providers on costs, they have provided differentiation with their investment approaches.”

Roughly half of JPMAM’s ETF AUM was in active funds, with most new product development around active ETFs.

JPMAM announced in August plans to convert four of its mutual funds into active ETFs. The manager has completed three such conversions, with the fourth scheduled to occur on June 10.

“Actively managed ETFs in 2021 were roughly 10% of industry flows and roughly 4% of assets,” JPAM’s global head of asset management solutions Jed Laskowitz told P&I. “So, the interest in active ETFs (is) growing.”