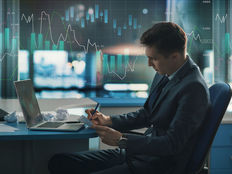 The S&P looks to be trending for its second straight day of losses, and the Nasdaq has fallen 2.4% as it tracks for one of its worst days since May. The Dow Jones Industrial Average dropped roughly 1.3% (a 467 point slide) as the 10-year Treasury continues to gain and investors pull further from tech stocks, reports CNBC.

Markets are shifting as investors and analysts take in the announcement by the Fed of imminent tapering as inflation increases. Rising rates negatively impact the tech sector as returns and future cash flows diminish in higher rate environments, making it increasingly difficult for tech companies to buy back stock and continue funding growth.

Major FAANG stocks Facebook, Amazon, and Alphabet have lost more than 3%, and Nvidia dropped greater than 4%.

“I’m having actually a little deja vu to last fall, if you remember last September, when we saw interest rates move a little bit and the reaction in tech,” said Jeff Kilburg, the chief investment officer at Sanctuary Wealth. “And the selling pressure in tech really was a catalyst last fall for the reflation and rotation trade, and again here we are.”

Looming over fears of Fed pullback is the threat of government shut down; Congress has to pass a funding bill by Friday to keep the government running. Republicans in the Senate prevented a bill that would have funded the government through December and suspended the debt ceiling until next year. The bill had already passed in the House but died in the Senate.

Also up in the air is the $1 trillion infrastructure bill and the $3.5 trillion reconstitution bill which progressive Democrats are currently threatening not to support.

“The Washington goings-on certainly don’t help, as we have a lot of uncertainty around tax policy and of course the debt ceiling,” said Jeff Buchbinder, equity strategist at LPL Financial.

Unexpectedly higher inflation numbers have investors leery, with Federal Reserve Chair Jerome Powell warning in a Senate Banking Committee meeting on Tuesday that inflation could continue longer than was originally anticipated because of pressure to continue to reopen running headlong into supply chain issues and slowdowns from Delta.

“The market’s been steadily coming around to the reality that yields were awfully low relative to the fundamentals. Now the Fed is shifting, and everybody’s shifting their positions, all at once, as we tend to do,” said Kathy Jones, chief fixed income strategist at the Schwab Center for Financial Research.

All of this is creating an environment of uncertainty and volatility, the exact kinds of conditions that active investment managers and active funds can outperform in. Stock pickers have a chance to respond to market movements as they happen, shifting allocations around to maximize on price fluctuations.

Active management firm T. Rowe Price in the difference and benefits to active investing and active management. The firm currently offers five actively managed ETFs for investors that are looking to invest in an environment of record IPOs that benefits stock pickers. The firm brings a bevy of experience and research to its products, with portfolio managers averaging over 20 years in investing each, as well as over 400 investment professionals dedicated to researching companies within ETFs.