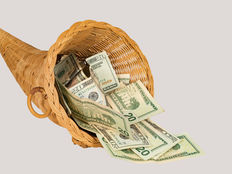 A Cornucopia of New Active ETFs Are Changing the Game

The universe of actively managed exchange traded funds is growing – both in terms of population and assets under management. One driver of this rise is a new breed of active ETFs that doesn’t disclose holdings on a daily basis.

This situation is often pinned on the transparent nature of many fund structures. Actively managed ETFs that don’t disclose holdings on a daily basis can help issuers and managers vanquish front-running.

The State of Actively Managed ETFs

“Portfolio managers have to make active decisions to figure out which bonds they should buy, how the duration impacts the yield and how it matches up against the index,” reports Ellen Chang for US News & World Report. “The amount of assets in actively managed ETFs is now only $137 billion, which is a small portion of the overall ETF industry. The first semi-transparent ETF using both the NYSE Active Proxy Structure and T. Rowe Price’s proxy model went public during the third quarter of this year.”